Gypo, sound engineer and owner of the Ballagroove Recording Studio, was uncharacteristically late, so we stood out in the rain and waited (I don’t know why we stood outside when we could have stayed in our dry cars?). I’d contacted Gypo the previous evening to confirm, he replied to say he was on the side of a hill, ‘slightly tipsy’, we assumed he’d been ‘slightly more than tipsy’ the night before and was still asleep. Or worse. He had, in fact, been delayed because he’d stopped to watch a couple of Minke whales frolicking in the sea.
Biskee Brisht front lady, Ruby Bisco-Taylor, was in the studio with fellow musicians Matt Creer and Josephine Evans to do whatever musicians do in recording studios, I was there to take photos.
For this session, I decided to extend my new-found passion for black and white and shoot a roll of Ilford HP5 400. I’ve worked in a few recording studios and they are all testament to the fact that all musicians detest bright lights, this meant I had to push the film two stops to 1600. I’m still not sure if I prefer Kodak Tri-X 400 for black and white…? 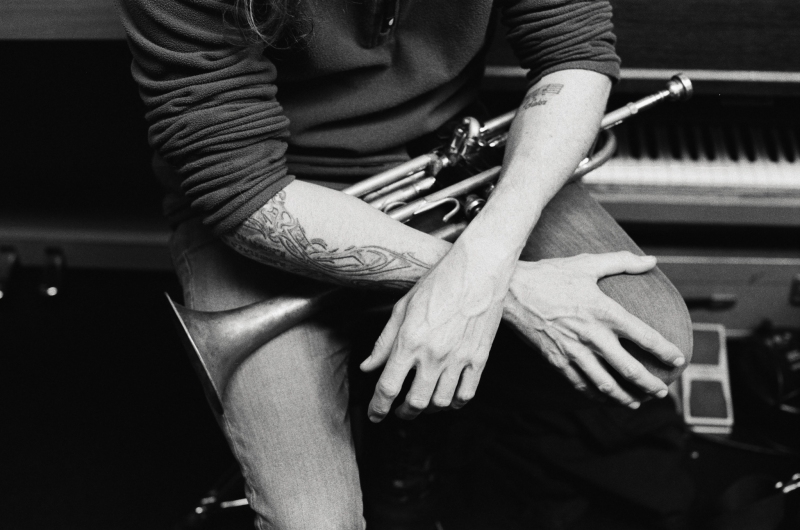 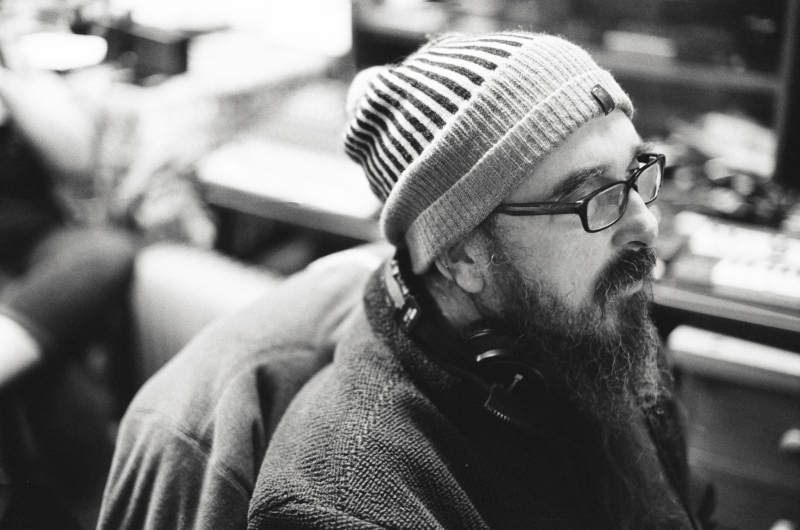 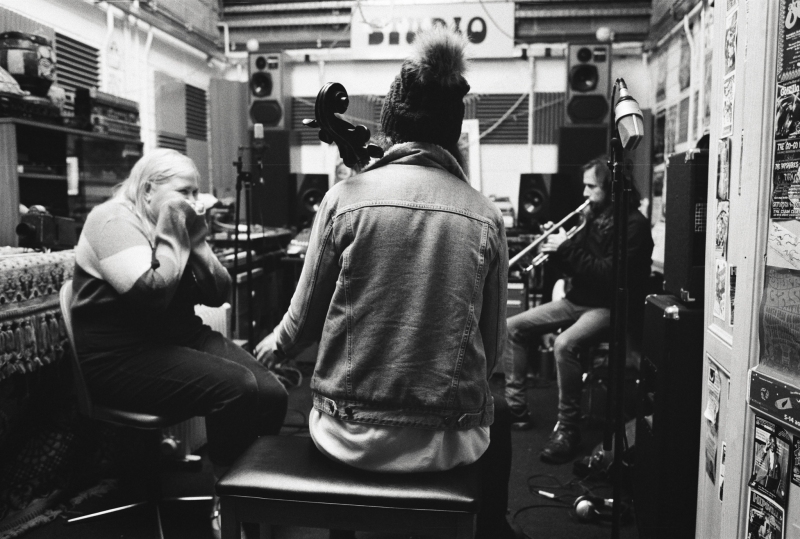