A few weeks ago, my friend Ed Oldham contacted me; his dad, John Oldham, had sadly died, Ed was going through his things and asked if I’d be interested in some camera equipment…

Sometime in October 1942, Tom Oldham went into J.J. Rothwell Photographic Dealers in Stockport, England and purchased a Leica model II with a 5cm Elmar 3.5 lens. I like to think that Tom had a specific reason for his purchase, because only a few months later, in May 1943, John Oldham, the first of three siblings, was born – slap-bang in the middle of World War 2.
Tom, who lived in Mellor and worked out of Heaton Norris, Stockport, ran the family boiler making business and was the last of  three generations to do so. Trade must have been good in 1942 because in today’s money, the Leica would have cost about £3000. The camera was actually bought about three and a half years after it was engineered and hand assembled in Wetzler, Germany, so I’m not sure if it was bought new or second-hand? I have Googled J.J. Rothwell Photographic Dealers, but there’s nothing, so we’ll never know. What I do know, is that in the 80-years it’s been in existence, this exquisitely beautiful 35mm rangefinder has documented the lives of three generations of Oldhams.

I made these images of Ed Oldham about three weeks after his father had passed away, using the Leica Model II which belonged to his father and his grandfather. 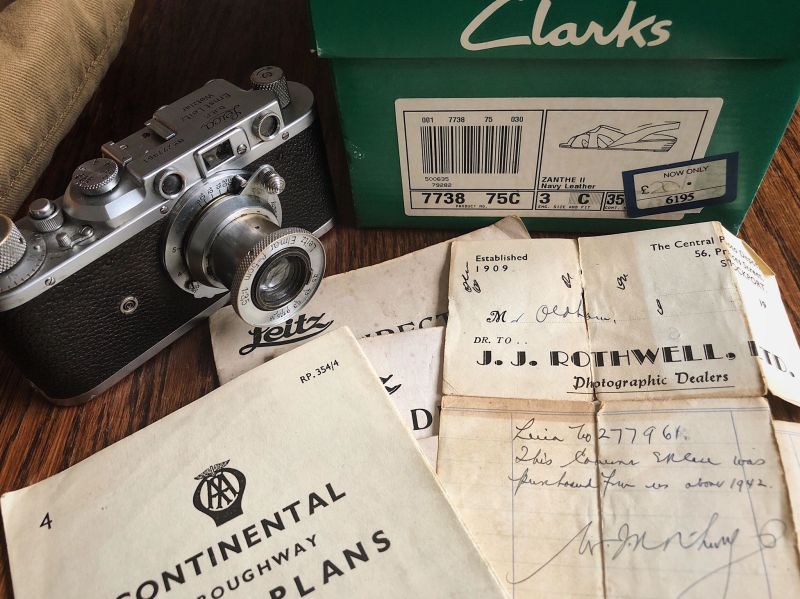