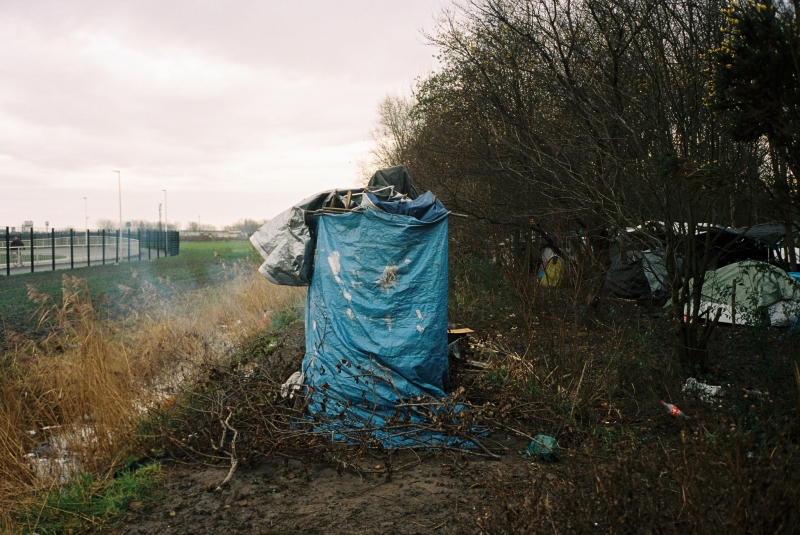 Grande-Synthe is being dubbed ‘The forgotten camp’ – I wasn’t prepared for what I saw there, not even remotely prepared….

The camp wasn’t where I’d expected it to be – we drove around the Dunkirk port area and scoured the outskirts of town before finally admitting defeat. We stopped for fuel, so while I was filling the van my assistant went into the petrol station to pay, seizing the opportunity to ask for directions. This smaller camp – home to about 2, 500 people – is situated in a wooded area between a football stadium and a housing estate… we must have driven past it a dozen times during our search.

There’s one entrance into the camp, through a gate opposite a row of bungalows. The gate is guarded by police… anyone going in carrying anything larger than a small bag is searched, which was unexpected. I later discovered that local authorities have passed a bye-law which prevents anyone from taking anything into the camp apart from clothing and food: so no tents, firewood, building supplies or sleeping bags. Some might say this is to stop the camp growing, others would see it as attrition. What used to be a grassy field is now a sea of deep mud, rubbish and human faeces… the only vaguely solid ground is the 600 metre long track that runs through the middle of the camp. Unlike the Jungle, Grande-Synthe lacks any of the hustle and bustle, the community spirit, of the larger camp. I’d been in France for a week and I’d seen some pretty harrowing things whilst in Calais… but on this day, for the first time, I got a bit upset. I’m not sure if it was a culmination of various things, or one particular sight… possibly the toddler wandering around in mud soaked pyjamas? There are over 150 young children at Grande-Synthe.

I didn’t take many photographs in Grande-Synthe – just one roll each of 35mm and 120. The 35mm very nearly didn’t make it out. As I approached the gate to exit the camp, a policeman stopped me and told me to delete the photograph I’d taken of him. My assistant, Calum, translated for me, explaining that I wasn’t aware I’d photographed him and that I couldn’t delete the image anyway because it was taken on film. It took a fair amount of apologising, through Calum, to not have to rip the film out of the camera. The Compagnies Républicaines de Sécurité had the last word, in English: “You do not photograph. It is the law.”

Since returning home, I’ve read that the French authorities in Dunkirk are spending €1.1 million to move the camp to a different location. It’ll be interesting to see how that transition pans-out…

The forgotten camp? I don’t think Grande-Synthe has been forgotten, you can’t forget something if you never knew it existed in the first place. 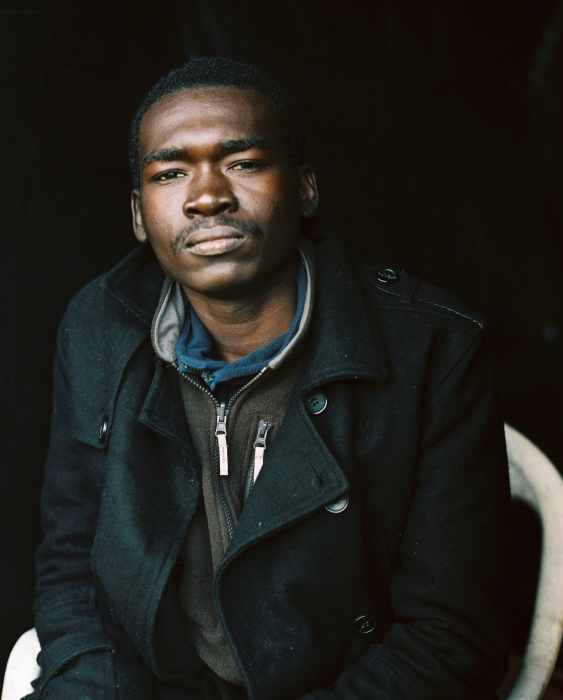 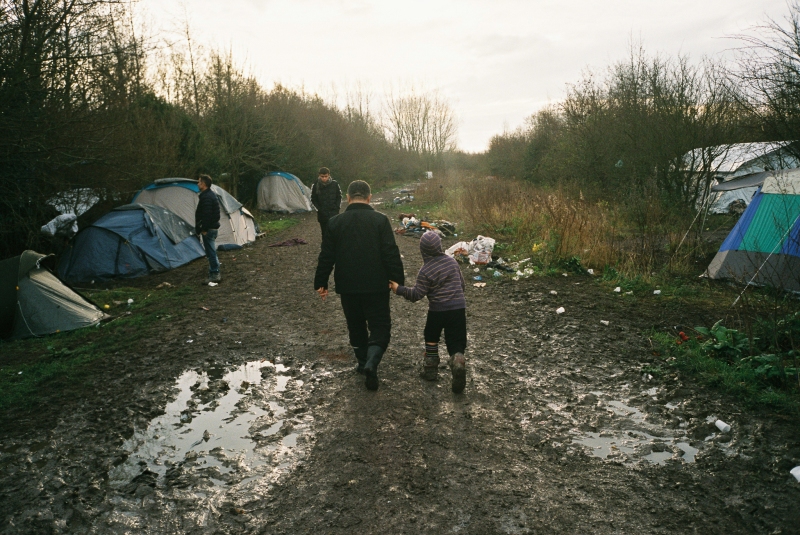 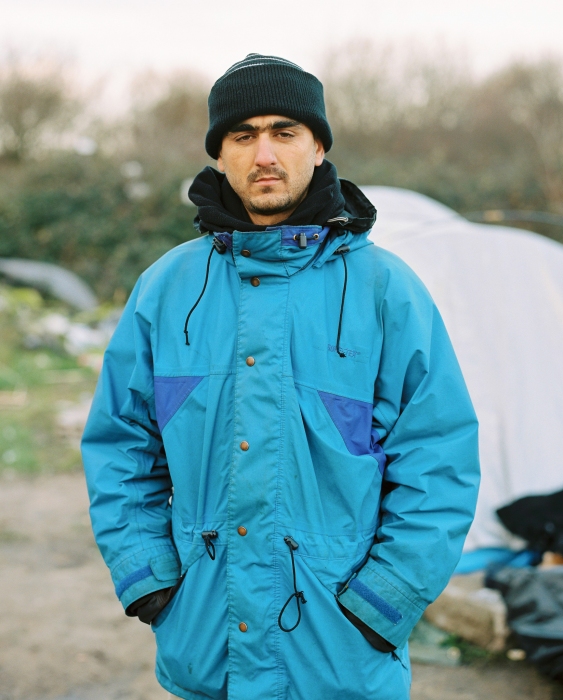 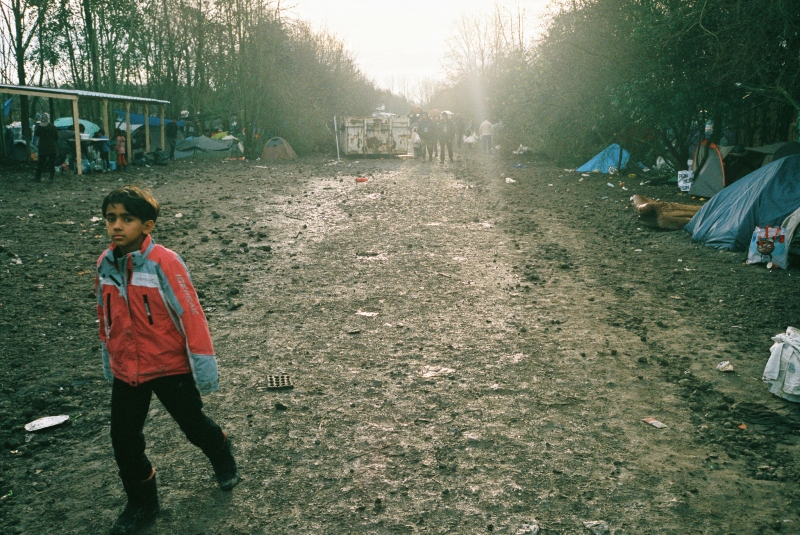 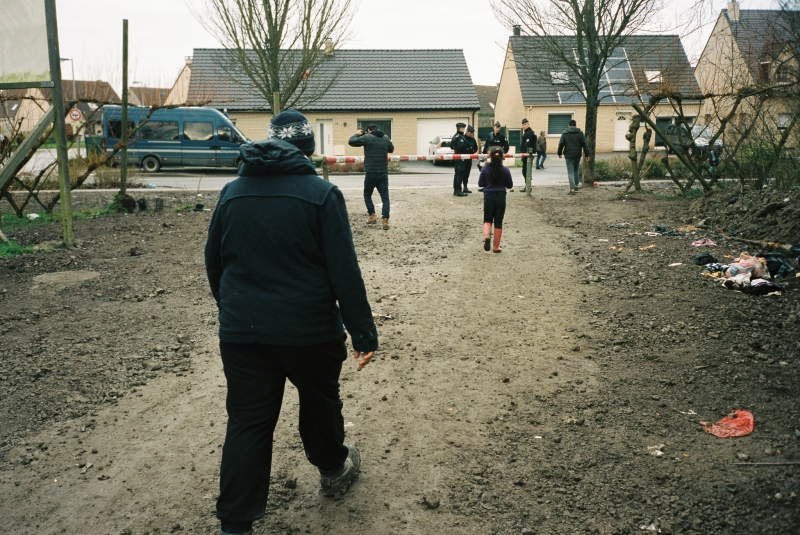 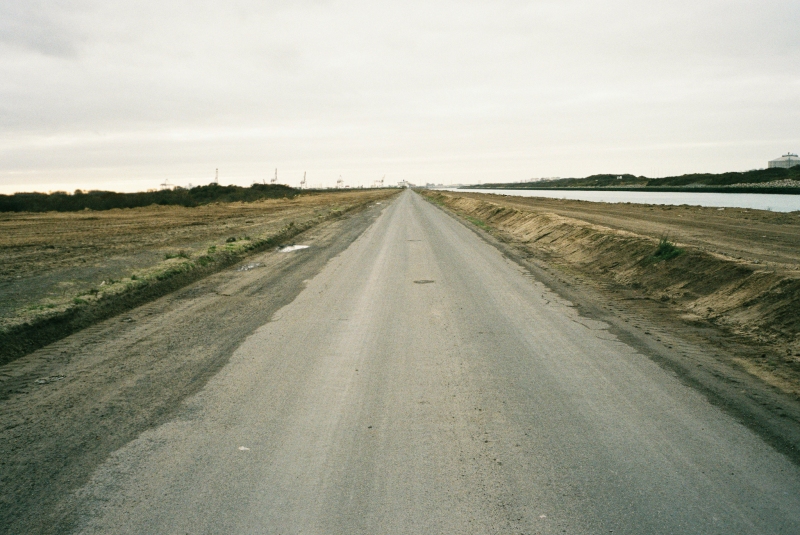