I’m going back to Calais in a couple of weeks to continue making photographs in The Jungle. After my last visit, at the beginning of November, one thing became immediately obvious – photographers, especially anyone who looks like a press photographer, are not welcome… not in the slightest. I was reminded by people sitting outside shelters as I walked past, two cameras slung around my neck – “This is not a movie!” – people don’t want to be photographed in this situation, who would?

The problem I have is that I barely speak French, let alone any of the multiple languages spoken between the 6000 people in The Jungle – I find it difficult to communicate my reason for being there… I want to photograph The Jungle, and the people in it, as a historical document, nothing else. So, when I go back to France on December 11th, I’ll be staying until after Christmas, living in a tent somewhere on the camp. I think the only way to be accepted somewhere is to actually live there.

I’ve cut my equipment down to the absolute minimum. I’m taking just three cameras: an Olympus Mju II, which will be my primary camera, a Pentax 67 and a standard lens for portraits, and a digital Fuji X100T… this will be used mainly to shoot video.

I’m going to try to ‘blend in’ for a few days before I start taking photos, although at 6’1″ and 105kg, blending in can be difficult… 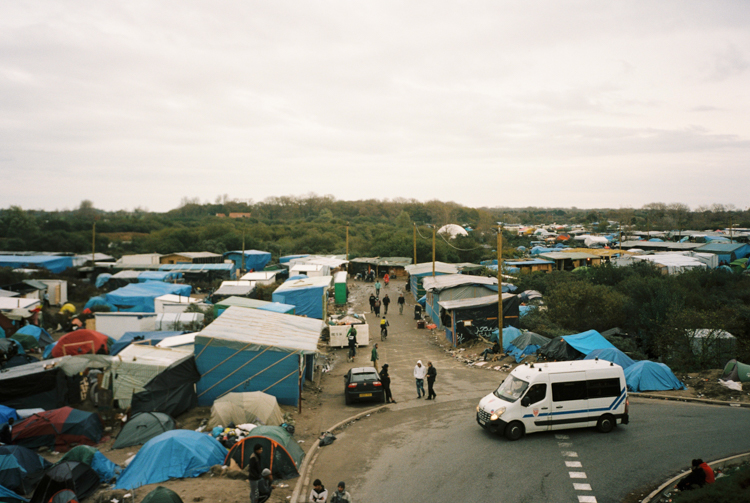