Monday 9th November, Ullapool, Scotland – It’s a good job I enjoy driving, because I’ve done a lot of it during the last 6 weeks, over 6,000 miles so far. In the 4 days since I left Calais, I have driven almost the entire length of England and Scotland, a distance of about 700 miles on the road.

After leaving France late on Thursday, I dropped my friend/assistant off at her home in South London in the early hours of Friday morning and programmed ‘Fort William via Sheffield’ into my GPS… I hoped that it wasn’t going to take me back the way I’d come on the way down – straight through the capital, during rush hour… however, it did. But it was 3.30am – how busy could that possibly be? The route north took me over the Thames and back into central London, and I still can’t believe how busy it was. It took about 45 minutes to get to Kilburn, where I was dropping all the film I’d shot in Calais. I had planned get a leisurely breakfast, hang-around all day and then meet friends for dinner, heading to Scotland on the Saturday morning – but a changed deadline and a stinking case of man-flu altered all of that. I admit it – for most of Friday I drove under the influence of drink and drugs – Red Bull and Beechhams tablets.

The almost continuously straight route that follows the Edgeware Road, through Maida Vale and along the Kilburn High Road, is fascinating… Need a new pair of shoes at 4am? Woken-up in the middle of the night with the urge buy a mobile phone? How about cardboard boxes? Fruit and veg? Sex toys? Well, every conceivable nocturnal purchasing wish can be granted along this eight mile stretch of tarmac. In Kilburn I actually saw a woman walking out of a shop with a wedding dress. People were sat outside cafes, smoking and drinking tea like it was 4 o’clock on a Saturday afternoon. Maybe I’m just a country bumpkin, but in my opinion the middle of the night is for sleeping, not for buying a microwave oven or a new pair of Reeboks.

So I headed up the M1 under a perpetually dreary grey sky. About 10 minutes past the Watford Gap – the unofficial border to ‘The North of England’ – the grey clouds turned black and the heavens opened. It hasn’t stopped raining since. 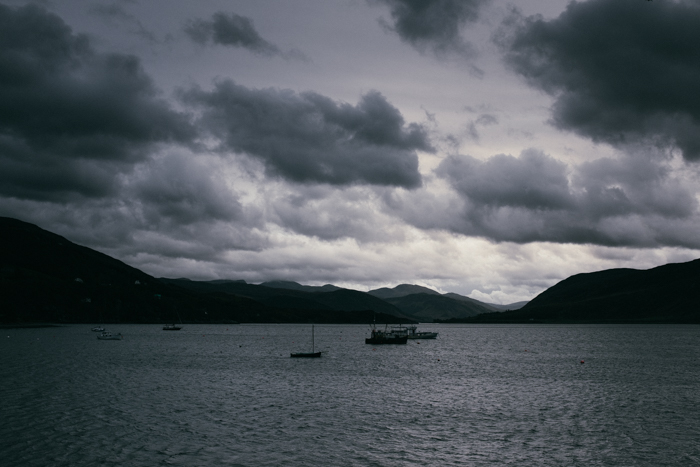 I picked-up my freshly repaired and serviced Pentax 67 last week… I’d hoped to use it to make portraits of refugees in The Jungle, but for that initial visit it didn’t seem appropriate to be wandering around with a huge medium format camera and I ended-up shooting mostly on 35mm film. So this week I’m looking forward to using it properly. The eye-watering clarity of the P67/105mm lens/Kodak Portra 400 combination can be seen in the portraits of Kirsty and photojournalist, Jim Mortram, and the Union Jack. All three images were made before I discovered the shutter curtain problem.